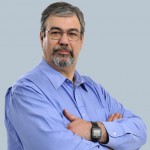 Where nothing is true, but people believe, anyway

Here’s a terrifying picture: some companies report that more than 90% of the CVs received are fake, and nearly one in four admit having sent jobs to fraudulent “translators” presenting themselves with stolen credentials. And if you are a language professional, you have probably received e-mail from scammers intending to use your name and qualifications, along with promises of lots of work. Or you have unknowingly requested work from someone who was not who you thought they were or given work to an imposter. In this session I will show the most common (and not so common) practices used by scammers and present a checklist to help spot fake CVs and translator impersonators.