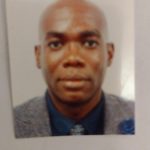 I grew up in a multilingual family, being taught Spanish by my mother from infancy and having one half of my paternal family being Dutch. However I have been a professional translator/interpreter since 2013, through I have provided voluntary language tuition and conference interpreting for my religious organization since 2006.

I have been a regular interpreter on the Ministry of Justice contract, interpreting at  criminal trials and at tribunals and hearings. I also provide document translation on a professional level, as well as transcription and intelligence analysis for the justice and criminal investigation sector. I also provide private linguistic consultancy as well as tutoring , as a freelance linguist. I am currently in the process of sitting my postgraduate DipTrans Examinations, the results of which should be released early next year, as well as my DPSI examination in the Urdu Language .The languages I use professionally are Urdu, Hindi, Punjabi, French, Spanish, Portuguese, Italian, Haitian Creole, Caribbean Creole, Dutch, Mauritian Creole and Pothwari(Mirpuri), but I also have at least a working knowledge of German, Bislama, Romanian, Papiamento, Krio, and Gujarati among others. I can provide mainly interpretation, and also translation if required ,in any combination of the language pairs I indicated in the language section.

Application to Chartered Institute of Linguists pending , with the intention of being approved as a Chartered Linguist.