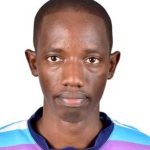 Religion:Since 2018,I interpret pastors as a consecutive interpreter at Zion Temple Celebration Center church.I regulary interpret a kenyan pastor who lives and work in Burundi as a mechanic.He is a mechanic and a preacher .I often interpret him in a church setting and out when he travels to preach.We have been together for 3 years.Apart from him,I also interpret in other church activities when there are such a need.In 2016, I copywrote sermons in the church and translated them from our mother tongue to English. Economy and finances : I recently interpreted in the three days OPC ( burundian order of chartered accountants) meeting .I performed as a consecutive interpreter for two governments officials who were delivering opening speeches.I also interpreted different trainers by summarizing in the English language their contents and sharing it verbally with the foreign audience ( Kenya ,Rwanda and Somalia) present at the conference. Education ,Arts and Humanities: Since 2013,I regularly attended different spaces where we debated over different topics and has also participated in the East African Community youth debate in Burundi with an official certificate at hand. I did arts at high school and psychology and educational sciences at university.This allowed to have an extensive understanding of this domain ,mainly by mastering the technical terms . My active participation in the training offered by the US Embassy have boosted my skills as a translator and an interpreter . Moreover ,I also have led English club activities where I served as a moderator since the end of 2013.