IAPTI has just learned that one of our most distinguished colleagues and members passed away earlier this month. The news of Miguel Llorens’s death came as a shock to the translation community. He was known not only as a professional of talent, learning and integrity, but also as a staunch defender of the profession and of the rights of translators everywhere.
Miguel came to the translating profession by way of his love of letters. He held a Master of Philosophy from the University of Cambridge, where he majored in Medieval and Renaissance English Literature. He also held an MA in English from Boston University and a BA in Spanish and Latin American Literature from the Universidad Católica Andrés Bello (Caracas).
Eminently bilingual, he spent his formative years in the United States, where he lived between 1979 and 1985 and from 1996 through 1998. He was a resident of the United Kingdom between 1998 and 2003. As a freelance English/Spanish-Spanish/English translator in his later years, he worked out of Madrid. But during the time in which he was accumulating vast experience in the profession, he specialized in finance wherever management was seeking someone gifted with high-quality language and communication skills. As such, in the years before he became an independent professional, he worked for a leading multinational in the field of insurance and asset management, for several small and medium-sized brokerages in Spain and the United States, for specialized translation firms located in Spain, Belgium, Great Britain, and the United States, and for numerous other companies in the financial services sector. In the period just prior to taking up a free-lance career more than a decade ago, he was an in-house financial translator for the London headquarters of the prestigious Goldman Sachs International.
To those of us in IAPTI, however, Miguel Llorens was known as a trusted white knight of our crusade to protect the rights of translators worldwide and to bring global respect to the profession. The ostensibly drab name of his widely read and followed Financial Translation Blog belied a column of whip-sharp criticism, erudite yet clear-cut arguments, withering irony, uproarious humor and brilliant prose. It was in that blog that he showed himself to be a committed, disruptive and combative force in pro of the profession as a whole. A kind of translator’s Houdini, he expose charlatans, stripped exploiters of their arguments, denounced greed disguised as "market economics", warned translators against the marketing hype of unscrupulous intellect-wholesalers and poked fun at their industry lackeys.
And in doing all of that, Miguel Llorens imbued other translators with his fire and with his unshakable self-respect. When we read his words, if only for an instant, it was hard for even the most humble and self-deprecating among us not to feel proud to be a translator.
We offer our most heartfelt condolences to his family and friends. And to Miguel, we wish you farewell, and all the best, wherever your indomitable spirit and your next mission carry you.
International Association of Professional Translators and Interpreters 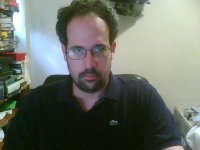