BUENOS AIRES – The International Association of Professional Translators and Interpreters was launched Wednesday in Argentina to promote ethical standards and combat the negative repercussions of globalization.
The association’s president, Aurora Humaran, told Efe that the initiative has been two years in the making and is designed to "respond to the negative effects of globalization on the profession."
"Just as globalization is used to outsource the manufacture of shoes to Asia and call centers to many parts of the world, they?ve begun looking for us to exploit us," she said.
The association has been conceived as an association exclusively for translators and does not accept sponsorship because ?we want the freedom to express ourselves, Humaran said.
The group will focus on the challenges affecting the sector, such as clients’ emphasis on price over quality, the proliferation of agencies capitalizing on cheap labor to the detriment of independent translators and subcontracting and lack of job stability.
Workshops, seminars, conferences are to be held and an effort will be made to involve universities and students in efforts to uphold ethical standards in the profession.
The association is made up of translators from the United States, Germany, France, Greece, Argentina, Poland, Portugal, Romania, Latvia, Luxembourg, Egypt, Turkey, Mexico, Chile, Colombia and Venezuela, among other countries.
The founding of the organization in Argentina coincides with International Translation Day, observed on the feast day of Saint Jerome, who produced the first Latin translation of the Bible, known as the Vulgate. EFE
http://tinyurl.com/ydpksw9 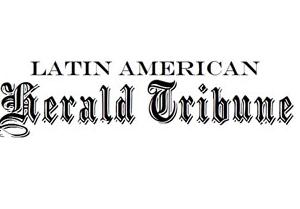