In July 2014, the Hungarian associations Proford (representing translation companies) and AHTI (translators) asked the International Association of Professional Translators and Interpreters (IAPTI) to express its opinion on their proposed Hungarian Translation Industry Cooperation Agreement. In its analysis, IAPTI compared the agreement with relevant international standards as well as the recommendations and surveys of other professional organizations (ATA, FIT, ITI, SFT, etc.), and also conducted a short survey among Hungarian translators.

Based on this, IAPTI concluded that the interests of translators are overall not properly represented in the Agreement, and are significantly harmed by some items. The specific examples in IAPTI’s feedback "indicate a largely subordinate relationship, rather than a relationship between equals (as asserted in the preamble). The Agreement as it stands bears more similarity to an employer-employee contract, with little regard to the professional autonomy of the subordinate party."

The English version of IAPTI?s position is available at https://www.iapti.org/files/speaks-out/PDF/IAPTI-opinion_AHTI-Proford_Eng.pdf. IAPTI will be pleased to provide support to AHTI in preparing documents that properly represent the interest of translators.
English version
Download PDF 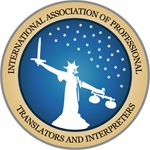