Queen of the River Plate, the Paris of South America, ever a cultural melting pot and now even more than ever before: Buenos Aires, Argentina, will be the venue for IAPTI’s next international meeting, slated for April 22-23, 2017.
Rising on the western shore of the broad River Plate Estuary, this four-century-old city is a world capital, steeped in a broad mix of cultures in which Spanish and Italian influences predominate. The scintillating maritime city, whose natives are known as "porteños" (port people), has witnessed the rise of five Nobel Prize-winners, the father of the arterial by-pass and some of the world’s greatest writers, led by the late Cervantes laureate, Jorge Luis Borges. Not surprisingly, Buenos Aires has more bookstores per capita than any other city on earth–if barely enough for inquisitive Argentines to quench their literary cravings.
The cradle of the tango and home to one of the world’s greatest opera houses, Buenos Aires boasts excellent theaters and museums, as well a wide range of outstanding restaurants, bars, nightclubs, pubs, and world-class hotels.
Come enjoy an outstanding IAPTI event with us in one of the world’s most exciting and beautiful cities. We’ll be posting additional information on conference fees, travel details, lodging and events as it becomes available, so stay tuned!
See you in Buenos Aires! 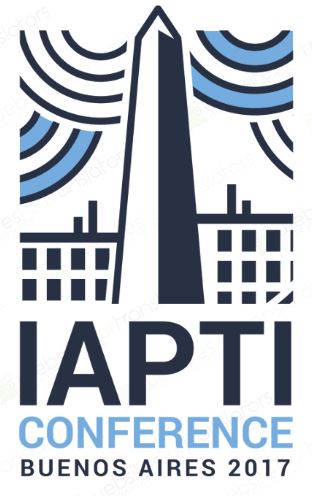