In a move designed to contribute to worldwide understanding and a fairer, more inclusive society, the International Association of Professional Translators and Interpreters (IAPTI) is pleased to announce the inauguration of a new chapter devoted entirely to Gender, Diversity and Inclusion.

As language professionals, translators and interpreters, we undoubtedly serve as agents of change in idiomatic usage, and so too have a major responsibility in awakening awareness regarding language that fosters or perpetuates ethnic, gender, racial, cultural or other types of discrimination. This is why IAPTI considers it an issue that is crucial in our field and important enough to warrant the creation of not merely a policy of inclusion, but also of a chapter devoted to articulating that policy.

This newly instituted IAPTI offshoot will be headed up by Erika Cosenza, a veteran translator who also teaches workshops on related subjects. Erika, who identifies herself as a “cisgender, straight Argentine woman of Italian descent,” says that in an organization such as IAPTI, which is multicultural par excellence, it is of vital importance “to make sure that all members feel truly represented and included, regardless of their nationality, gender, race, ethnicity, or any other status or aspect that in any way shapes their identity.” But she adds that a further goal of the GDI (Gender, Diversity, Inclusion) Chapter will be to catalogue and disseminate the latest diversity-related trends in language and usage.

Erika says that the two-pronged goal of the GDI Chapter will be to ensure that all IAPTI communications and activities are accessible, inclusive and respectful of every current and future member’s identity, reality and culture. And, to go a step beyond this by organizing language-specific talks, webinars and other tools aimed at training members with regard to these emerging communication demands.

Regarding these goals, says Erika, “If this chapter is to be successful, it must be as diverse as possible. So, I’m hoping that people of every culture, sexual orientation, ethnicity and diversity will lend a hand in this mission. I’m eager to start working towards an even more inclusive IAPTI.” 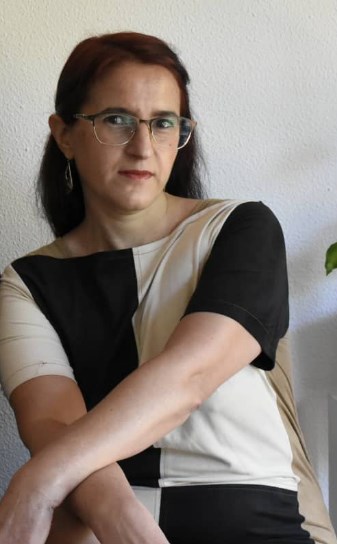