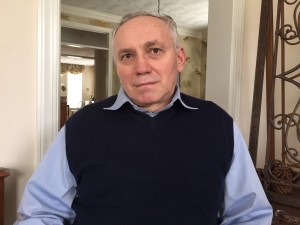 Threats, Challenges and Opportunities for Translators in the Modern Version of Corporatized Translation Industry

The long history of what is now often called the Translation Industry can be divided into a number of periods of varying lengths based mostly on the technical means that were or are used for this particular vocation and business.

While in the previous version of “Translation Industry” (Version 1 from invention of writing, to Version 3, until about the year 1980), the emphasis was placed mostly on the talent, education, and skills of translators, in the modern version, which starts with the introduction of computer-assisted tools and the invention of clever concepts such as “fuzzy matches” and “full matches”, corporate translation agencies are now creating new tools used designed to be coercive, restrictive manipulative and punitive. The main purpose of these new tools is to achieve an unprecedented level of control over translators. Quality no longer matters very much. As long as the translation still works on some level so that the client will pay for it, the quality is good enough. Corporate translation agencies are implementing migration to a new “translation management system”, which basically means that new work is thrown out onto the Internet and then assigned to the first, hungriest person who grabs it by offering to do it at the lowest rate.

A new clause that is being put into these contracts as of last year is an illegal “on-site auditing” clause, namely the right of the translation agency to visit and inspect the premises of the translators, as well as to access remotely translators’ computer, ostensibly “to check the proper setting of the security software”.
This development will logically result in very poor quality as most self-respecting translators are unlikely to continue to continue to work under these circumstance.

Steve Vlasta Vitek was born in Czech Republic where he majored in Japanese studies at the Charles University in Prague in 1980. He emigrated through West Germany to United States in 1982. Since 1987 he has been earning a living as an independent technical translator specializing in translation of patents from Japanese and other languages, first in San Francisco and Northern California, and since 2001 in Eastern Virginia. After more than three decades of living and working as a translator in different countries on three different continents, he has a somewhat unique perspective on translating and the translating profession, which he loves to share with translators and non-translators alike on his blog at www.patenttranslators.com, as well as in the ATA Chronicle, the Gotham Translator in New York City, and in other publications online and on paper.