Associations’ Round Table (The more the stronger) 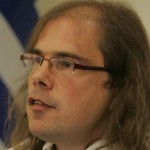 Attila Piróth holds a PhD in theoretical physics and an MSc in scientific translation. He made the choice between the two careers when he had the opportunity to translate some of Einstein’s original articles.
In 2007, Attila passed the American Translators Association certification exam, which boosted his freelance career. In the same year he set up the Solidarités translation team with the twin aim of providing linguistic aid to a humanitarian organisation and of creating a unique working environment in which translators can network around worthy projects. In 2009 he started mentoring new translators, and in 2010 he joined IAPTI to promote ethical business practices in the translation and interpreting sectors and currently serves as Vice President of IAPTI’s Ethics Committee. Attila has given workshops and conference talks in 10 countries. 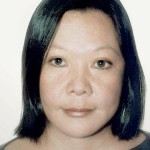 Cecilia Avanceña (Red Vértice) began her field training in the convention industry with the Philippine International Convention Center. While on T&I scholarship, she interned under several ministries of the Spanish government and became a freelancer, with state-owned and international organisations as clients. She works from Spanish, French and German into English and Tagalog and has been IAPTI’s representative to Red Vértice for the past six years. 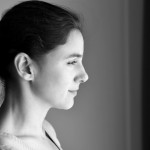 Maya Busqué Vallespí (APTIC) has a university degree in Translation and Interpretation (Pompeu Fabra University, 2000). She is a qualified certified translator-interpreter from English into Spanish (Spanish Ministry of Foreign Affairs, 2001) and also has a Master’s Degree in Conference Interpreting (Vic University, 2001). Her working languages are English, German, Spanish and Catalan. 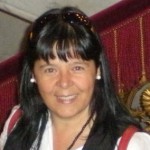 Aurora Humarán (IAPTI) graduated from the University of Buenos Aires with a BA in translation (sworn translator) in 1982. In 2005, she received her degree as a certified proofreader from Fundación Litterae-Fundéu. Throughout her 32 years in the profession, she has specialised in legal, financial, banking, and marketing translation. She is the director of Just is Spanish, a translation bureau made up of sworn translators, lawyers, and copyeditors. In 2011 she was appointed a Corresponding Member of the North American Academy of the Spanish Language. She is a founding member and the president of the International Association of Professional Translators and Interpreters. 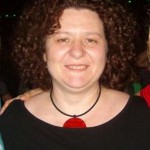 Irena Karcarski-Kimova (MATA) is a freelance translator, conference interpreter and T&I consultant. She is also court translator and interpreter accredited by the Macedonian Ministry of Justice. She translates in the areas of law, international trade, economy, marketing, politics/government and ecology/environment. Irena is a founding member and president of the Macedonian Translators Association  (MATA) founded in December 2010. Under Irena’s leadership MATA has started its annual international conference and the Best young translator award BABYLON,  a joint project with the EU Delegation in Macedonia. 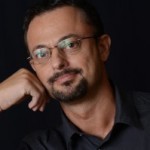 Gary Smith (Xarxa) is a freelance translator. His clients include many universities in Spain and multinationals. His work includes scientific translation and mercantile and labour contracts. He is the president of La Xarxa, the Valencia region association of translators and interpreters. Contributor to the American Translators’ Association’s monthly journal The Chronicle. He has given presentations at various Spanish and European congresses for translators.