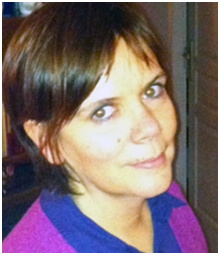 The Histoire des traductions en langue française, published in France by Verdier and edited by Jean-Yves Masson and Yves Chevrel, is a history of translated works, rather than of translation itself, which aims at assessing and re-evaluating the crucial impact of translated works and translators on the francophone cultural and literary heritage, including translations produced outside France, notably in Québec, French-speaking Belgium and Switzerland. The project spans a vast historical period running from the Middle Ages to the end of the 20th century, covering large and small linguistic areas alike and embracing all fields of knowledge, including the traditional branches of literature (fiction, poetry, drama, nonfiction) and their genres (essays, graphic novels, crime fiction, fantasy, etc.), as well as philosophy, sciences, religion, law and history.

While only fragmentary and incomplete data had been available so far, this four-volume collaborative history of translations in French relies on the expertise of dozens of scholars and translators who have gathered material pertaining to the history of translation and translators as well as statistical data and case studies, some of which draw on unpublished sources. Volumes II (17th and 18th centuries) and III (19th century) were published in 2014 and 2012, respectively, while Volumes I (15th and 16th centuries) and IV (20th century) will appear in 2015 and 2016, respectively. Volume IV is edited by Jean-Yves Masson, Bernard Banoun and Isabelle Poulin.